Fines for Running Charters Without a License 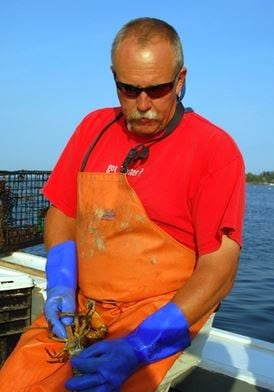 USCG Licensed Captain Steve HaleThe fines are stiff if you are caught charging passengers a fee (consideration) to go out on your boat without being a USCG Licensed Captain. How does $10,000 per occurrence sound? And to make matters worse... If you are not enrolled in an approved random drug testing program you can add another $5,000 for each day you are caught doing so. Well it’s true!

Unless you are independently wealthy and enjoy giving money to the U.S. Government this is a practice one should certainly consider long before getting caught.

“They won’t catch me” you say… Well most people running illegal charter businesses are caught because they run their operation out of a marina where there are other “legal” Captains are running their business. If they see you filling your boat while they sit on the dock you can bet it will not be long before they drop a “dime” and give the Coast Guard a call.

Now that you have this new found knowledge would you like to know how the Coast Guard regulations define a passenger-for-hire? If so read on...

On December 20, 1993, President Bill Clinton signed into law the Passenger Vessel Safety Act of 1993. This law clearly defines what a “paying” passenger is considered to be. This law can be found in Title 46 of the U.S. Code of Federal Regulations and in part states:

Consideration means an economic benefit, inducement, right, or profit, including pecuniary payment accruing to an individual, person, or entity but not including a voluntary sharing of the actual expenses of the voyage by monetary contributions or donation of fuel, food, beverage, or other supplies.

Passenger means an individual carried on a vessel, except:

(i) He owner or an individual representative of the owner

(iii) A member of the crew engaged in the business of the vessel who has not contributed consideration for carriage, and who is paid for on-board services

Passenger-for-hire means a passenger, for whom consideration is contributed as a condition of carriage on the vessel, whether directly or indirectly, flowing to the owner, charterer, operator, agent, or any other person having an interest in the vessel.

What does it all mean?

If you and your friends go out on a fishing trip together they can share the fuel, food, and bait expenses without being considered a passenger-for-hire. This would also apply if you were doing a sunset cruise with your friends or family. The key element here is that in each of these cases the time spent out on the water is with friends and family who have gathered socially.

Take the “social” aspect away from these scenarios and things change significantly. Some of these differences are clearer than others. For instance, if you were to purchase a ticket to ride a ferry or fishing boat this is clearly an example of being a “paying” passenger. However, what if you were a salesperson taking clients out on their boat with the intention of building a business relationship with the expectation that they will receive some sort of “economic” benefit in the future? In this case, even though no money was exchanged during the trip; those passengers are still considered, under the rules, to be for-hire thus requiring the salesperson to be a licensed Captain.

How Difficult Is the Test to Get Your Captain's License?