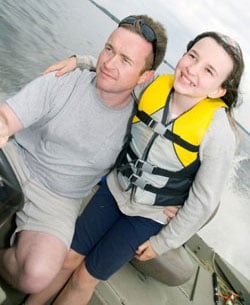 International Rules are specific rules for all vessels on the high seas and in connecting waters navigable by seagoing vessels. The Inland Rules apply to all vessels upon the inland waters of the United States and to vessels of the United States on the Canadian waters of the Great Lakes to the extent that there is no conflict with Canadian law. The International Rules were formalized at the convention on the International Regulations for Preventing Collisions at Sea, 1972. These rules are commonly called 72 COLREGS.

Inland Rules vary from International Rules primarily because of the addition of certain extra precautions. In our discussion of basic rules, each rule stated is the same for both international and inland waters unless a distinction was pointed out. When the term power-driven vessel is mentioned, for example, it means in both International and Inland, any vessel propelled by machinery as distinguished from a sailing vessel.

For the purpose of these rules, except where the context otherwise requires, the following definitions apply:

With regards to the Rules of the Road the term Underway means that a vessel is not at anchor, made fast to shore, or aground.

The word vessel includes every description of watercraft, including non-displacement craft and seaplanes, used or capable of being used as a means of transportation on water.

The term power-driven vessel means any vessel propelled by machinery.

The term sailing vessel means any vessel under sail provided that propelling machinery, if fitted, is not being used.

The word seaplane includes any aircraft designed to maneuver on the water.

Restricted visibility means any condition in which visibility is restricted by fog, mist, falling snow, heavy rainstorms, sandstorms, or any other similar causes.

Fines for Running Charters Without a License

Testing for Colorblindness and Restrictions for Captains